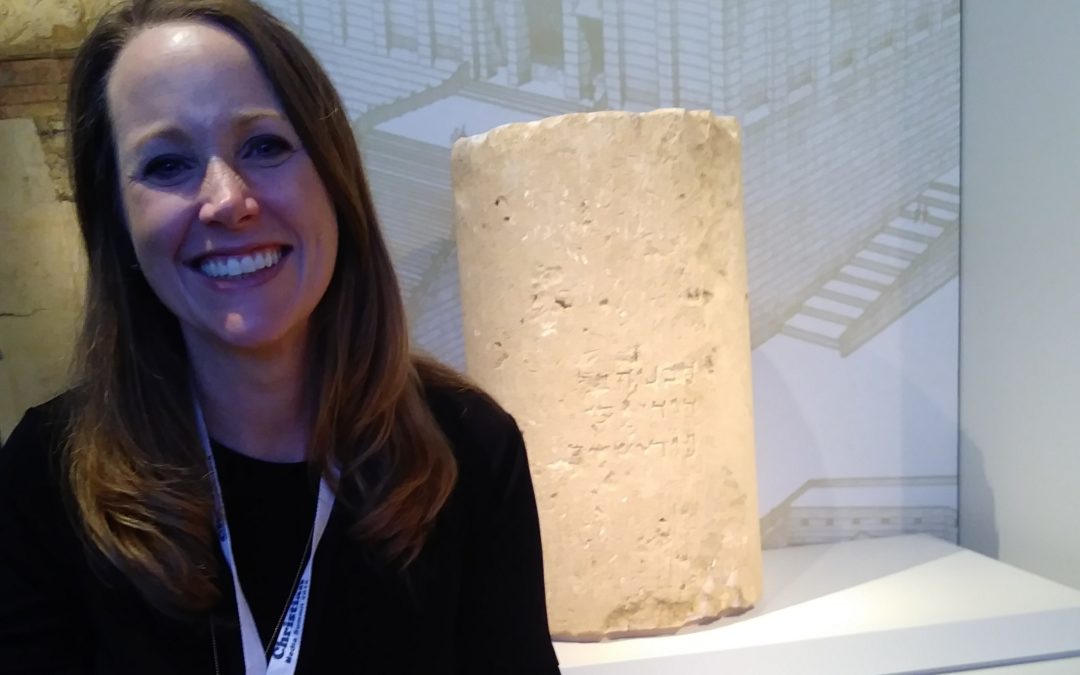 On October 8, 2018, the Israel Museum in Jerusalem unveiled a 2,000-year-old limestone column drum bearing the inscription: “Hanania son of Dudolos from Jerusalem.”

The reason why the column drum made international headlines was not because Hanania is known from history or because Second Temple period finds are unusual. The inscription is the earliest full spelling in stone of the word Jerusalem, spelled exactly in Hebrew as it is pronounced in modern times, Yerushalayim.

In the Roman period, Jerusalem was most often written in Aramaic shorthand “Yerushalem” or “Shalem.” Before the drum was excavated, the earliest known reference to Jerusalem with the full spelling was on a coin of the Great Revolt against the Romans. The column drum predates the coin by 150 years. The Dead Sea Scrolls, many of which predate the column, use the full spelling Yerushalayim with regularity. There was never a question as to what first century Jerusalemites called their capital. The glory comes from seeing the remnant of a professional hand inscribing the name of Jerusalem in stone. The span of time from then to now suddenly collapses in the imagination.

The column drum was discovered during a salvage excavation near the International Convention Center. Salvage excavations occur in Israel when construction crews make accidental discoveries while they are building industrial centers or clearing new parking lots. Construction is a common source of archaeological progress in Israel. According to Israeli archaeologist Danit Levy, the excavation exposed the largest ancient pottery production site in the region. The potters seemed to make a large number of cooking vessels and possibly ritual vessels for use in the Second Temple.

Nothing is known about the person Hanania other than that he was a Jewish craftsman living 1.5 miles outside of the ancient city walls around 100 BCE. Experts believe that Hanania was not actually the son of Dudolos but rather the reference is to the mythical Greek artist with a similar name, evidence of the extent of Hellenization even in the land of Israel. Though the column was likely first used in Hanania’s workshop, the Tenth Roman Legion repurposed the column for their own plastered walls.

If you are planning to visit Israel any time soon, you can see the column drum yourself at the Israel Museum in Jerusalem. It is displayed prominently in the archaeology wing exhibiting Second Temple period artifacts from Jerusalem. Personally, this is a must-see piece of the museum, right after a visit to the Dead Sea Scrolls. Hanania’s column drum is one more historical source, outside of the Bible, that gives witness to the very long history of Jewish presence in the land. I even love that despite the fact that Hanania was only a short distance outside the holy city, he still felt the need to highlight that he was from Jerusalem.