Israel’s Elections in a Nutshell 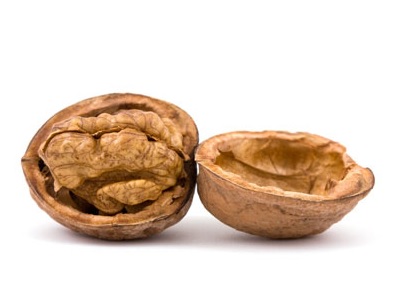 If you have been trying to keep up with Israel’s election results for the last few days, you are probably wondering when in the world we will know for certain the identity of Israel’s next Prime Minister. Though the elections happened on the 17th, we are still likely days away from knowing the official winner of the premiership.

For Americans used to fixed term elections and two major political parties, Israel’s parliamentary system is bewildering. It is hard enough to understand Israel’s election cycle, but it is almost impossible to keep track of the proliferation of small parties and the rearranging of partnerships, coalitions, and now mini-coalitions.

If you are a pro-Israel Christian, attentive to news coming out of Israel but still having a hard time wrapping your heads around this Groundhog Day election, let me assure you, there is no shame in the head scratching. It means you are paying close attention. I will try and give the Reader’s Digest Condensed Version of how Israel got to the point that she has had two elections in five months with what seems like the same results each time.

The first 2019 election occurred in April. When the votes came in, the two leading political parties tied. Likud, the long-established right-wing party led by the incumbent Benjamin Netanyahu, won 35 seats in Israel’s Knesset. The Blue and White party also got 35 seats. Blue and White is actually an alliance of three left-wing parties who merged under the leadership of retired IDF general Benny Gantz with the hope of bringing down Netanyahu’s long reign.
Thirteen other parties made the threshold to have lawmakers in Knesset. At that point, President Reuven Rivlin called together the 120 new leaders and asked for their recommendation on which of the largest party heads, Gantz or Netanyahu, should be given the chance to form a governing coalition. Netanyahu got 65 recommendations while Gantz had only 45 (10 Arab leaders abstained). Still, Netanyahu had a mere 42 days to put together a majority coalition of small right-wing parties and religious parties.

The standoff that prevented a full fourth term for Netanyahu came down to a conflict between Knesset Member Avigdor Lieberman’s Yisrael Beytenu party and the ultra-Orthodox parties that Netanyahu needed to form a majority. Yisrael Beytenu is right-wing and nationalist but basically secular; its original base was made of new Russian immigrants. Lieberman wanted to see the government pass a draft law requiring military conscription for ultra-orthodox men. The orthodox parties were willing to pass a version of the draft law but they requested compromises. Lieberman, in an act of real political theater, refused to pass anything other than the original draft. What seemed like a small tangential issue was the very thing that dissolved the Knesset.

In fact, the only big legislation that passed in the Knesset since April was to dissolve itself. With no coalition and new elections looming, there were almost no committee meetings or votes for over three months. No budget was passed. Israeli voters rightly claimed that between staging a new election and funding the salaries of non-functioning Knesset members, the whole debacle cost tax payers hundreds of millions of shekels.

Here we are. Three days after a new Israel election and the results remain unclear. Blue and White and Likud are basically in a deadlock. Right now, 98% of the votes are counted and there is a difference of a half percentage point between the two major parties. The right-wing parties make up 55 of the seats and the center-left bloc has 57 seats. The third largest party in the Knesset is the Joint List of Arab parties with 13 seats, giving them more leverage than they have known in any previous government. Avigdor Lieberman’s party has 8 seats, once again leaving him in the position of Kingmaker. Lieberman has drawn so many lines in the sand that there are few parties left for him to share the sandbox with.

Both Gantz and Netanyahu are calling for unity governments but what they mean by unity government, and under whose leadership, is still very much to be determined. This Sunday the newly elected Members of Knesset will once again meet at the home of President Rivlin for consultations. Over the course of two days, negotiations will take place to determine which of the party leaders can build a Knesset majority able to govern. Only then will we know if Gantz or Netanyahu has the mandate. Both are claiming that they have the public’s interest at heart and they will do what it takes to avoid another election but the threat of another election looms large.

In the interim, we look to the Bible. The book of Daniel says, “The Most High is sovereign over the kingdoms of men and gives them to anyone he wishes and sets over them the lowliest of men.” Compared to the political turmoil of Daniel’s time, a year of election chaos in Israel’s Knesset is nothing. God is in control and of that we can all be thankful!