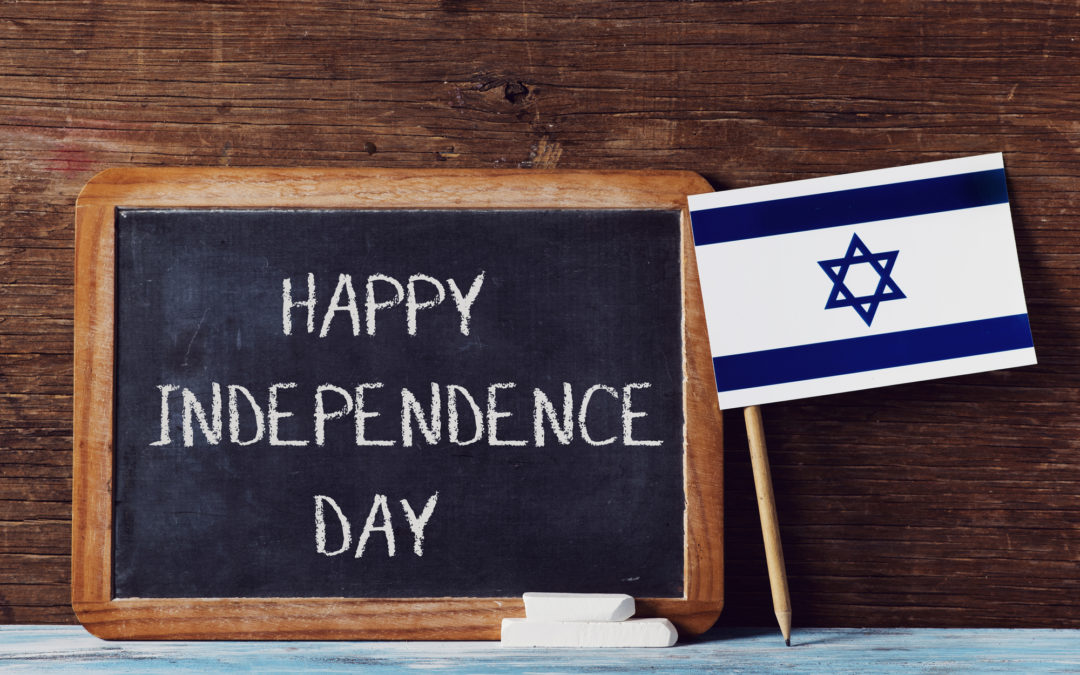 Israeli Independence Day (known in Hebrew as Yom Ha’atzmaut) occurs this year on the evening of May 8th; celebrations will go on through the next day.

Modern Israel is now 71 years old, a very young country by today’s standards. But the people of Israel and the land of Israel have been set apart by God for nearly four thousand years. Every year on Israel’s Independence Day, I am struck by the strangeness that one of the world’s oldest nations has one of the youngest countries.

How Israel won its independence in 1948 is a multi-level miracle story that I am sure is familiar to most of our subscribers, but I think it is an act of faith and devotion that each year we reconsider how God intervened on behalf of His people and give credit to the fact that the reestablishment of the Jewish state is an event that can’t be explained without recognizing the hand of the Divine Composer.

The first type of miracle was demographic. The initial waves of Jewish immigration to Israel were primarily from Russia in the 1880s. Violent pogroms were sweeping through the long-established Russian Jewish enclaves. Zionist leaders from these areas realized there was no future for the Jewish people in the Russia of the Czars and no end to the persecution. Zion was their only answer. The first wave was around 30,000 and the second wave was 40,000. A third wave of Yemenite Jews joined them. The goal of the Zionist movement was to establish farming communities and collective communities, despite their lack of agricultural knowledge. Over half of these refugees left after finding life in the new settlement communities too difficult. You can hardly blame them. The ones that stayed were critical in forming a base of Jewish settlement well before a formal Jewish state was within reach. Though most of them had no prior agricultural experience, they had to learn how to farm the land and make it yield produce for the hungry and growing communities. They reinvented themselves in that process. At that point, the land of Israel was a neglected backwater of the Ottoman Empire, but the persecuted but ambitious Jews of Russia showed they had not forgotten about the covenanted land.

The second type of miracle was linguistic. In 1881, Eliezer Ben-Yehuda revived the Hebrew language. Though Hebrew had been retained as a language of prayer and the Bible, it had not been spoken as a national tongue since the second century when Jews were scattered throughout the world. Ben-Yehuda, in an act of both genius and extreme discipline, modernized Hebrew so that it was a language capable of conducting trade, instructing children, digging ditches, and debating politics. Ben-Yehuda’s children were the first to learn Hebrew as their mother tongue in two thousand years. There is no other ancient language that has successfully been revived as a national language, and it happened within one generation.

The third type miracle was defensive. When the leaders of Israel declared independence as a country on the 14th of May, they were still uncertain if that hope would become a reality. It was understood from the beginning that right after they made the announcement, and the British mandate ended, the battles between Arabs and Jews which had been going on for years would escalate into a full-fledged regional war. They would no longer be battling Palestinian militias but organized state armies. The day after the announcement, six of Israel’s neighboring Arab countries invaded. These Arab armies had more soldiers and better weapons than Israel. The women and teenagers in Israel had to take up arms and join the men in fighting. Survivors of the Holocaust, still reeling from their tremendous loss and trauma, fought for their survival once again. Everyone outside of Israel thought it was impossible for one small new state to beat back so many invading armies. They feared all the Jews in Israel would be killed. Despite all odds, the Israeli army defeated every invading country. Not only did they defeat all their enemies, Israel won even more land than what had been partitioned for them by the United Nations.

I would say though that even more than these three layers of miracles (demographic, linguistic, and defensive), what happened in 1948 with the clearest signature of our creator God was the dramatic act of redemption. There was redemption in bringing the Jewish people from their lowest point in their long history, the Nazi’s Final Solution, to their highest point, the reestablishment of the Jewish nation state.

For two thousand years the Jewish people have known their share of persecution. From the crusades to the Spanish inquisition, to the Islamic armies to the Russian pogroms, and finally to the Nazi’s Final Solution. The Jewish people had survived, but their hearts were broken and their spirits stunned. How do you rebuild a people when one single war wiped out half of your population? There can only be one answer: a miracle.

David Ben Gurion famously said that “In Israel, in order to be a realist, you must believe in miracles.”