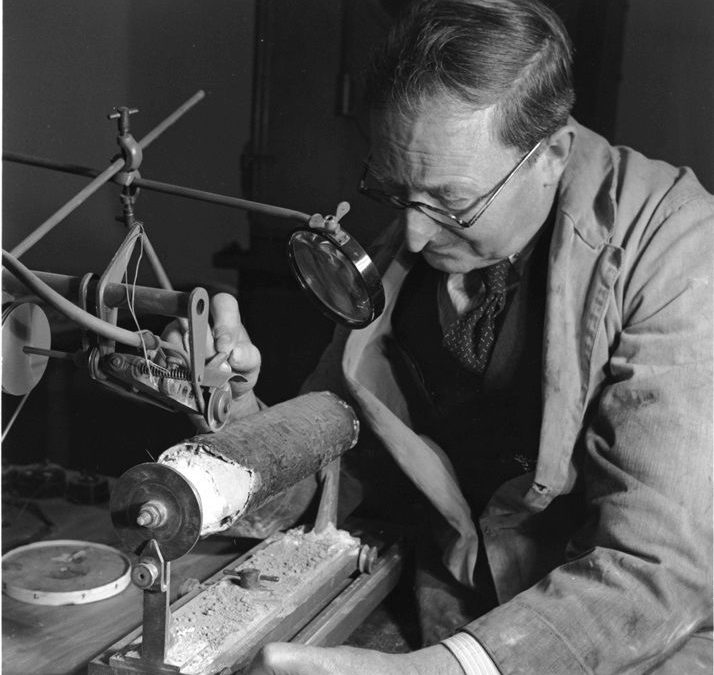 A few weeks ago, I wrote about how the Copper Scroll was found. However, in the beginning, the Copper Scroll didn’t set off the kind of alarm bells that you may expect. The black market was flooded with Dead Sea Scrolls, most of which were very fragmentary. It was a tremendous struggle to keep up with buying them, piecing them together, and publishing them. The process turned out to be decades long. That had a lot to do with the fact that Jordan established a very small team of editors, all international experts in Hebrew and Semitic studies. (Of course, Israel was the enemy and so no Jewish scholars were allowed on the team.)

John Allegro, a scroll editor from Britain, was the only team member to champion the Copper Scroll. The rest were too busy with the pressing issue of acquiring and studying the scrolls at their fingertips. It took Allegro three years to find out the contents of the scroll.

Allegro approached Manchester University, his alma mater. Henry Wright Baker, a professor of mechanical engineering, agreed to take on the task. He was no expert in ancient metals, but Baker had faith, skill, and guts. He constructed an elaborate, although crude-looking, device out of retired British army materials and other tools he borrowed from the school of dentistry. The machine had a circular high-speed saw, spindle, cradle, vacuum and attached fan. After Baker constructed the machine, he told Allegro to meet him back at the lab the next morning. But in fact, Baker made the first lengthwise cut that night. It worked! He later said that if he had shattered the 2,000-year-old relic, he wanted to be alone in his misery.

When Allegro came to the lab the next morning, he was staring at an ancient verbal treasure map. He fired off a letter to his colleagues in Jerusalem saying “these scrolls are red hot!”

Can you imagine the moment that Allegro realize he was looking at a 2,000 year old treasure map?