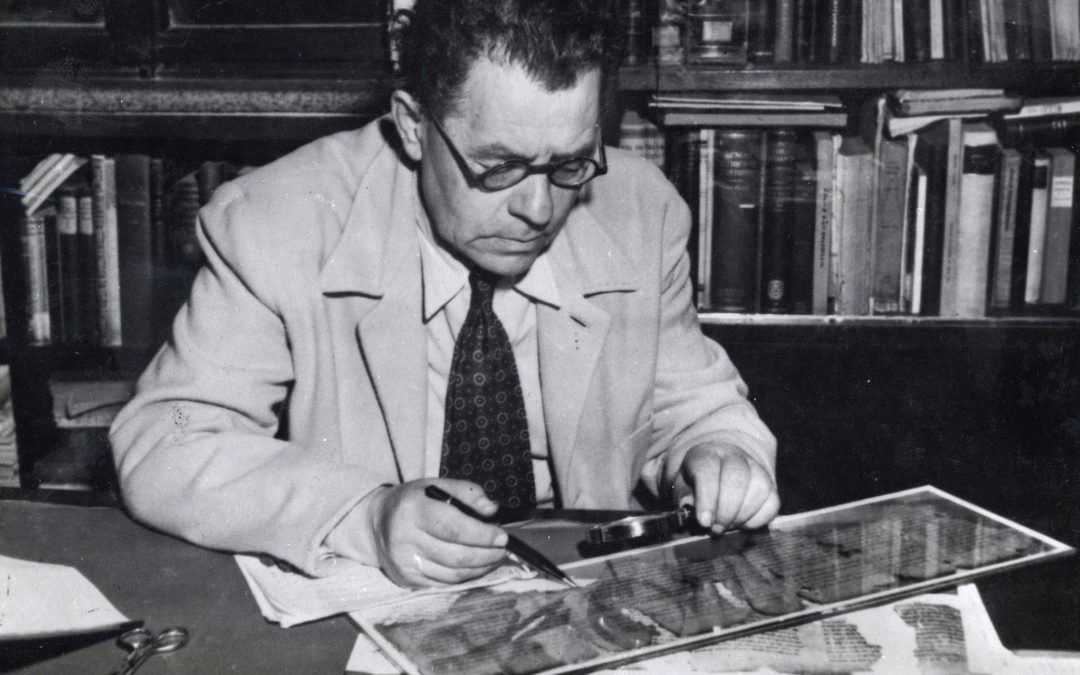 On November 24, 1947, with the British Mandate approaching expiration, the nascent Jewish nation was caught up in a bloody civil war with Palestinian nationalists. Jerusalem was divided by barbed wire, booby traps, and makeshift walls as British troops strained to quell the violence. Professor Eleazar Lipa Sukenik, from Hebrew University, received a call from an Armenian friend, acting as a middle man for Salahi. He promised to reveal an antiquity of interest to Sukenik.

They met at the gateway to Military Zone B, separated by a barbed-wire fence. The Armenian held up a sample fragment of leather. Though Sukenik heard tales of inscriptional materials floating around the black market, it was only once the Jewish scholar laid eyes on the ancient lettering that he comprehended the importance of the desert find. Even through barbed wire, Sukenik recognized the writing style as similar to first-century ossuaries (bone coffins) in Jerusalem.

Five days later, Sukenik acquired a proper pass and traveled to Salahi’s home in Bethlehem, ignoring travel warnings and the wishes of his wife and his son. Salahi permitted Sukenik to take the scrolls and study them before negotiating a price. On a bus full of Arabs, the Jewish scholar carried the Hebrew scrolls under his arm, wrapped like an ordinary parcel. Once Sukenik was in the privacy of his home, he unrolled a fragile scroll with trembling fingers. He logged the intensity of emotion in his diary: “I suddenly had the feeling that I was privileged by destiny to gaze upon a Hebrew scroll which had not been read for more than 2,000 years.” As he poured over the text, he heard the radio announce that the United Nations General Assembly voted in favor of the establishment of a Jewish state. Spontaneous celebrations broke out in the streets.

On behalf of the Hebrew University, Sukenik purchased Salahi’s three manuscripts: the War Scroll, the Thanksgiving Psalms, and a second copy of the Isaiah Scroll.