The Story of Hanukkah 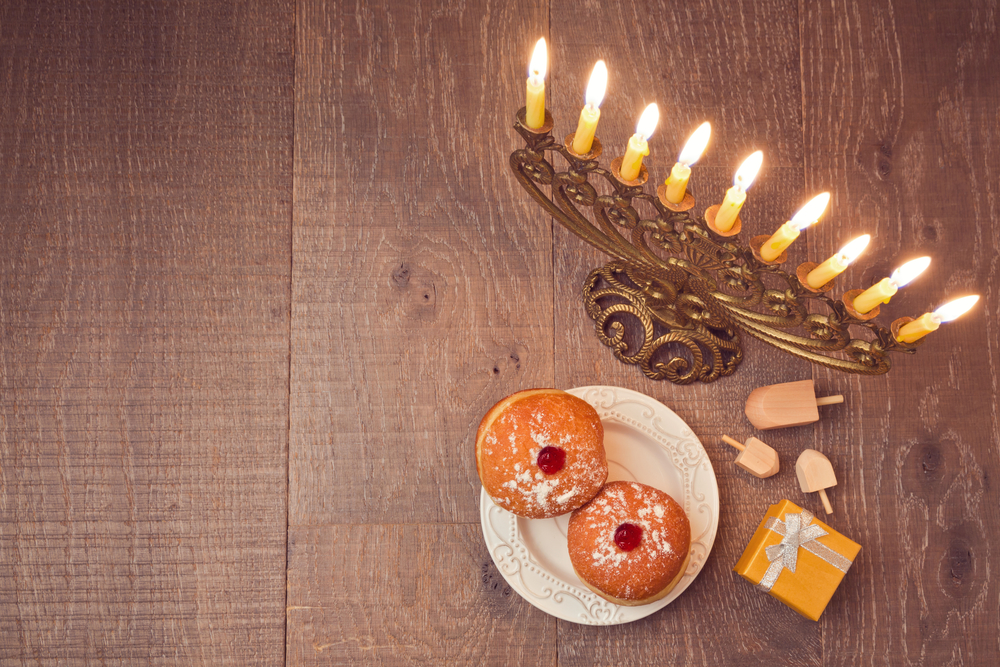 I co-teach a Sunday School class at my church. Actually, I go to an Anglican congregation so we call it the “Rector’s Forum.” I intended to give a 2,000 year broad sweep of Temple Mount history. Since it was Hanukkah, I thought I would introduce the history lesson with some fun facts on Hanukkah. After forty minutes, I was still talking about the Maccabees when it was time for parents to pick up their children from children’s church.

Hanukkah is not one of the biblical feasts or festivals that is prescribed in the Torah, like Sukkot, Shavuot, or Passover. It is a tradition started by the sages.

The story of Hanukkah actually comes from the First Book of Maccabees. That is not part of the Hebrew Cannon, just like it is not part of the Protestant cannon, but like much of the Apocrypha it provides interesting history. The book was written in the second century BCE so it is an account of events soon after they took place. The original Hebrew text has been lost to us; the surviving text from the Septuagint is in Greek.

Maccabees starts out by recounting how Judah suddenly found itself under Greek rule. Alexander the Great made a sweeping conquest over much of the world in the fourth century BCE. Along with his ever-expanding army and tax base, Greek culture and social practices metastasized across his vast empire.

The Greek language became the dominant tongue among the educated and the language of commerce. Greek theatres, gyms, and temples were built everywhere that Alexander planted new Greek cities. This process is what we now call Hellenization.

The Jews were not immune to the enticements of Hellenization. However, most of what the Greeks had to offer ran counter to everything that had been proscribed for the Jewish people in the Torah: circumcision, dietary laws, Sabbath, sexual purity, and most of all monotheism. While some Jews assimilated, others actively protected their beliefs and values.

Around 170 BCE, Antiochus Epiphanes won the Greco-Syrian throne. As king, Judah was one of the provinces under his rule. Giving himself the title “Epiphanes” which in Greek means “god-manifest,” Antiochus was not content to let Greek culture subtly influence the people of Judah. He was a fanatical and cruel tyrant who saw Judaism as an existential threat to his sovereignty. Therefore, he aggressively assaulted the ancient religion.

On pain of death, Antiochus banned Torah study, Shabbat observance, dietary laws, and circumcision. Many Jews had already assimilated voluntarily, including even the acting high priest who bought his way into the position. But he intended to force the remaining unassimilated Jews to abandon their worship of Yahweh. The tyrant forced them to bow down to statues and to eat pork. He went so far as to defile the Temple by sacrificing a pig on the altar and installing an idol of Zeus in the Holy of Holies.

By this point, Jews began escaping to the hills and mountains. Martyrdom was widespread. There are stories of mothers and babies being thrown to their deaths after secret circumcisions. The most famous martyr was named Hannah. Hannah and her seven sons were brought before Antiochus’s soldiers and one by one they were told to bow before an idol. Each son refused and each son was executed in front of Hannah. According to the rabbinic legend, Hannah told her last son, “tell Abraham that he erected one altar and I have erected seven altars.”
However, there were also many Hellenized Jews who did walk away from the traditions of their fathers. They stopped circumcising and stopped observing Jewish law.

The Seleucid army tried to exploit the civil unrest growing in the Jewish nation. Greek soldiers came to the town of Modi’in, just about 20 miles northwest of Jerusalem, and demanded that a Jewish leader sacrifice a pig to a pagan idol. Matisyahu or Mattathias, an elderly Jewish priest and the religious leader of Modi’in, was the first one they approached. They tried to bribe him with gold and silver and power, but he refused to oblige. He was actually in a declared state of mourning, in sackcloth and ashes, for the state of the Jewish nation.

Right as Matisyahu declared to the king’s officials that the Jews of Modi’in would not change their way of worship, a Jewish man from the crowd volunteered to do the pagan sacrifice. Matisyahu was overcome with zealotry and he took his concealed sword and killed the betrayer and the king’s official and tore down the altar. According to Maccabees, Matisyahu shouted, “Follow me…every one of you who is zealous for the law and strives to maintain the covenant” (I Maccabees 2:27). A full battle ensued. The rebellion was born.

Matisyahu had five sons, all of which were leaders in the resistance. But his most charismatic son, Judah, assumed military command of a group of 1,000 rebels. They took to the wilderness and hills and organized a guerilla army. Judah’s nickname was Judah the Hammer, or Maccabeus, because of his bravery in hand-to-hand fighting. That is where we get the term Maccabees. Josephus referred to the family as the Hasmoneans. Jewish sources use the two titles interchangeably.

Antiochus summoned 40,000 soldiers to squash the rebellion. The Jewish rebels ambushed each new Syrian outpost. They got lucky when Antiochus had to divert a contingent of troops to fight the Parthians in the eastern portion of the empire. It took three years for the Maccabees to beat back their Greek oppressors. In 163 BCE, Antiochus died on a different battlefront. When news reached the Jewish army that Antiochus died, they marched on Jerusalem. Internal fighting over the Seleucid throne distracted and weakened the empire just enough that the Hasmoneans were able to take back Jerusalem.

They finally regained their Temple. The Temple had been abandoned. After several days of mourning for the ruinous condition of the Temple, they purged it of the Greek idols and according to Torah law, they had to cleanse it from all of the impurities that had come into the Temple over the previous three years. They tore down the altar and rebuilt a new one. They hung new curtains and repaired the courtyard. Once the Temple was cleansed, they had a rededication service.

According to rabbinical tradition (the book of Maccabees does not record this story) they only had one day’s worth of sacred oil to light the Temple menorah which according to Temple laws was supposed to stay lit eternally as a sign of God’s presence. It takes a week to process and purify new oil, but on faith they lit the Temple Menorah anyways as part of the rededication ceremony. Miraculously, one day’s worth of oil lasted for eight days until they could secure more oil.

However, we also know that the Jews came in mass to the Temple as soon as it was consecrated with the idea of celebrating Sukkot since they had not been able to perform the feast at the Temple for several years. That too is the reason why Hanukkah lasts eight days. It was a substitute for the week-long holiday of Sukkot which is a biblically mandated feast.

Ultimately, Hanukkah has important implications for modern day believers. When Jews celebrate Hanukkah, they are primarily celebrating a miracle. The miracle of the eight days of oil, but also the bigger miracle of the oppressed overcoming the oppressor and of the weak and few defeating the strong and the many. It is also a celebration of Jewish identity. The biggest threat that Jews were facing in the first century BCE was total assimilation. But they ultimately resisted and outlasted Hellenism.

In the second century BCE, Jews were the only monotheistic community. How would world history have been different if Antiochus had succeeded in wiping out the Jewish religion?