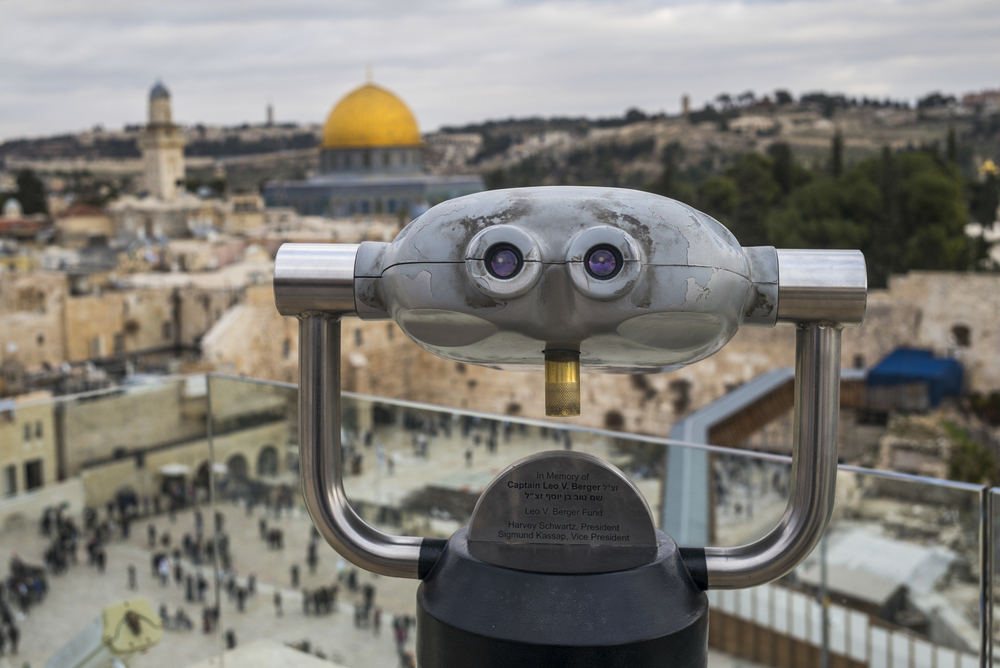 In October 2016, UNESCO’s executive board ratified a resolution that attempted to erase 3,000 years of Jewish religious history in Jerusalem.

The resolution was drafted by Jordan and submitted by Algeria, Egypt, Lebanon, Morocco, Oman, Qatar, and Sudan — with the enthusiastic support of the Palestinian Authority, a full member of UNESCO since 2011.

The central aim of the resolution was to formalize criticism of Israel’s conduct in Jerusalem. It referred to Israel as the “occupying power” and blamed the Jewish state for the spike in violence in the region.

Condemnation of alleged Israeli aggression has long been a standard talking point in the United Nations; that alone did not set off any alarms. What disturbed Israelis about the UNESCO resolution was that it made Jerusalem’s Holy Basin an exclusively Islamic prerogative. By only referring to the Temple Mount by its Arabic name “Al-Haram al-Sharif,” the resolution’s language severed ties between Judaism and the Temple Mount. The Western Wall was reduced to Al-Buraq Plaza — the place where Muhammad tethered his horse.

In the resolution, the Arabic name was only twice followed by the Western Wall’s Hebrew name; but when that happened, it was placed in quotation marks — a grammatical detail that Israelis took as direct belittling of Judaism’s linkage to the site.

The resolution made no mention of the Jewish temples that stood at the site for a thousand years, or the next 2,000 years of continuous Jewish attachment to Jerusalem. Only once did the drafters soften their bias by making a generalized reference to the importance of the Old City and its walls to “the three monotheistic religions.”

The resolution also accused Israel of restricting Muslim worship on the Temple Mount and inciting violence. Yet no mention was made of the ban on Jewish worship or the regular assaults on Jewish visitors to the site. The same week as the vote, two Israelis were killed in Jerusalem by a Palestinian man on a rampage with a knife.

It was considered a diplomatic victory in Israel that the 33 countries that originally supported the draft resolution dropped to 24. France and Spain’s abstentions were especially appreciated. Even the Director General of UNESCO, Irina Bokova, made statements after the vote that reflected her disapproval. In her official statement, she said, “To deny, conceal or erase any of the Jewish, Christian or Muslim traditions undermines the integrity of the site, and runs counter to the reasons that justified the Temple Mount’s inscription on the UNESCO World Heritage list.”

And Israelis refused to cower and lick their wounds. Two days after the ratification of the resolution, 50,000 Jews gathered at the Western Wall to receive the blessing recited annually during Sukkot. A record number of Israelis — 3,000 in three weeks — also ascended the Temple Mount, including IDF soldiers in uniform. The message was clear: Jerusalem is the center-point of the Jewish faith; its holy places are not the exclusive domain of Islam.

Since UNESCO’s public insult, Jewish visits to the Temple Mount remain historically high. Though the drafters of the UNESCO resolution tried to abuse an international body to sever the ties between Judaism and the Temple Mount, the results have had the opposite effect, at least for Israelis.

One year ago, Donald Trump announced that the United States was pulling its membership from UNESCO and canceling the $80 million that we paid in dues each year. In fact, even under Obama, the US had withheld its dues since 2011 because of a US law passed in the 1990s that allowed our country to withhold American funding to any international institution that unilaterally recognized an independent Palestinian state. That meant that we owed $500 million to UNESCO in back dues. President Trump declined the bill.

UNESCO has most recently gone after Hebron and Bethlehem. On October 10 of last year, UNESCO’s executive board adopted two resolutions labeling the two holy cities as Palestinian. Praising their consensus-building efforts, current UNESCO Director-General Audrey Azoulay proudly endorsed the outcome as a result of UNESCO’s ability to “foster international dialogue and cooperation” and “show goodwill.”

Is it any wonder why Israel joined the US and formally severed ties with UNESCO? The Psalmist said it best: “The One enthroned in heaven laughs; the Lord scoffs at them.”

Note: My article was originally published in Algemeiner.