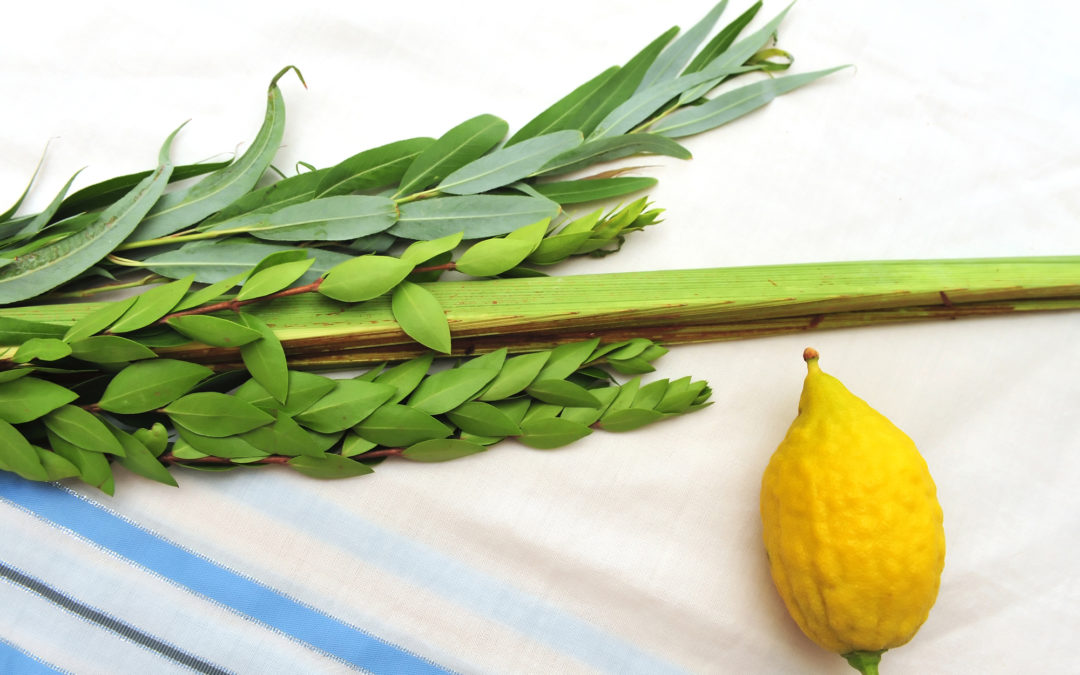 We are in the middle of the High Holidays on the Jewish calendar. Rosh Hashanah and Yom Kippur have come and gone and Sukkot, also known as the Feast of Tabernacles, begins this Sunday night on October 13th. According to Jewish tradition, on the Sabbath between Rosh Hashanah and Sukkot, Deuteronomy 32 is read as a community. I encourage all of us as Christians to take the time to do our own reading of Deuteronomy 32 during this season.

Deuteronomy 32 is an incredible chapter of the Torah which represents the whole of the Israelite story up to this point and also contains a message of exhortation and caution for the Israelites’ next chapter. It is this portion of Deuteronomy that makes a break in style and format with the rest of the covenant book. The chapter is a seventy-line poem. Tradition holds that Moses sang it to the people on his last day of life.

The song begins as a reminder to the Israelites of this generation to pass on their spiritual inheritance—to tell their children and grandchildren about the miracles they witnessed in their deliverance from Egypt and their wanderings in the desert. Moses sings, “Remember the days of old; consider the generations long past. Ask your father and he will tell you, your elders, and they will explain to you.”

Moses reminds them of their chosenness and the responsibility that accompanies that gift. He says, “When the Most High gave the nations their inheritance, when he divided all mankind, he set up boundaries for the peoples according to the number of the sons of Israel. For the Lord’s portion is his people, Jacob his allotted inheritance.”

Moses goes on to assure them of their victory in battle as they ready their armies to conquer the land, a conquest that must take place without him. When they settle the land, they are commanded to follow God’s ways and stay faithful to Him in not going after other gods.

What Moses sings next perfectly fits the theme of Sukkot. Moses warns them that after the wanderings and after the battles, they will settle in the land and they will have the comforts that land possession affords: milk, meat, wine, cheese, oil, and wheat. The poem is a cautionary tale against the dulling effects of a full stomach on the desire for a relationship with their protector God.

Sukkot, also known as Feast of Tabernacles, is a sacred assembly built around the idea that we annually go through the process of stripping ourselves of material comforts so we may rely only on God. We all understand the danger of creature comforts dulling our thirst and hunger for our creator and our savior. Living in relative abundance of food, work, and shelter, puts all of us under threat of forgetting God. Except that on Sukkot, the people are commanded in every generation to take seven days and dwell in sukkot, the same booth like structures the Israelites called home in their forty years of wandering.

When Jews celebrate Sukkot, they build sukkot in lots of different ways. The sukkah walls can be made out of canvas, tarp, or any material that will not blow away. For the roof, branches and sticks are laid across the top. Families often like to decorate their sukkah. During the seven days of Sukkot, Jews eat all their meals and spend most of their time inside the sukkahs. Some families even sleep in them.

Sukkot is one of the most important Jewish holidays during the year. Sukkot is a holiday built on the theme of humility but it is meant to be a celebration, not a fast or a time of mourning. When I lived in Israel, I used to love taking night walks in my neighborhood and seeing all of the sukkot built on the tops of buildings, squeezed onto apartment terraces, and taking over every inch of common green space.

I imagine it was similar to when Jesus went to Jerusalem during Sukkot to visit the Temple and taught in the Temple courts. The Bible says, in the book of Zechariah, that when the Messiah returns the whole world will go to Jerusalem to celebrate Sukkot. As many of you know, more and more Christians from all over the world are going to the Feast of Tabernacle celebrations in Jerusalem. Israeli Tourism officials estimate 50,000 Christians flooding the capital for this year’s feast. Last year, the International Christian Embassy of Jerusalem had 6,000 representatives from over 100 countries in their parade of the nations.

During this holiday, Jews remember how they once had no land or permanent possessions. They had to depend on God for their food, water, and shelter. That is why the book of Ecclesiastes is the reading of choice for this holiday.

“Indeed, all things will pass away, but God remains the same yesterday, today, and forever!”