A Time for War and a Time for Peace 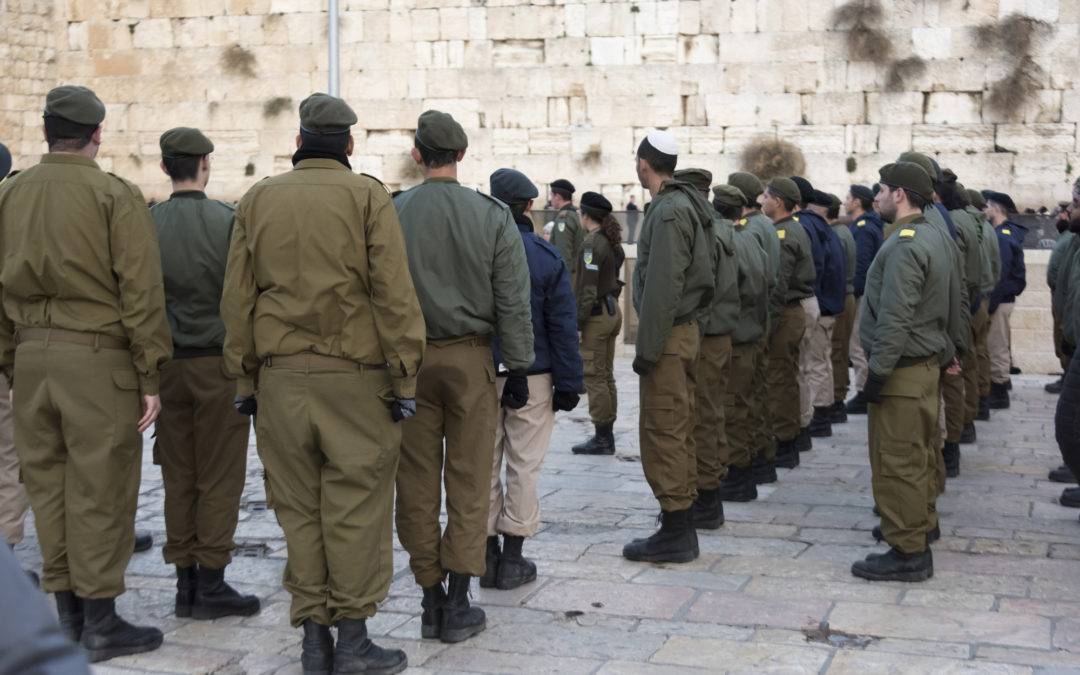 The modern state of Israel was born out of a war, expanded through war, and established its capital in Jerusalem via war. These combat victories prevented her annihilation time and again. Yet, some Christians argue, if God is a God of peace, then all violence is un-Godly. Ergo, if war is wrong, Israel is wrong.

Christian Zionists know that for Israel war has been a means of survival, moral by way of necessity. Christian Zionists generally see Israel’s use of war as necessary in order to secure a state for the peace and protection of the Jewish people in their covenanted land. Israel’s War of Independence in 1948 was as justified (and miraculous) as God’s sending of the plagues on Egypt to bring the Hebrews out of slavery.

Anti-Zionist Christians counter that Israel’s violent conflict with the Palestinians proves the Jewish state is operating outside of God’s will. These Christians highlight New Testament passages seen as opposing violence of all forms and promoting peace. An often emphasized verse from Matthew quotes Jesus: “You have heard that it was said, ‘An eye for an eye and a tooth for a tooth.’ But I say…if any one strikes you on the right cheek, turn to him the other also” [Matt. 5: 38-39]. The cornerstone of the anti-war Christian movement appears in the Beatitudes: “Blessed are the peacemakers, for they shall be called the sons of God” [Matt. 5: 9]. They also carefully select Old Testament prophecies. A favorite verse comes out of Isaiah: “and they will hammer their swords into plowshares, and their spears into pruning hooks. Nation will not lift up sword against nation, and never again will they learn war” [Isa. 2: 4].

The problem with using Scripture to boost the anti-war argument is that each verse is taken out of context. When Jesus encourages believers to turn the other cheek and be peacemakers, He is talking about the ethics of loving your neighbor as yourself, instructing believers in how to love God and humanity. One should not infer that Jesus is denouncing war between nations as immoral or unjustified. In the Isaiah passage, the prophet is offering a vision of the millennial kingdom when all nations come together in peace. This vision is not meant to reflect the pre-millennial state of world order. In fact, Isaiah speaks at length about the judgment that awaits unrighteous nations who persecute God’s chosen people of Judah. The prophet warns of all the war and calamity that must befall the earth before restoration is achieved.

From antiquity to the present, war has been a regrettable necessity in Israel’s growth and protection. The Bible has the most to say about war—its justification and consequences—in the context of ancient Israel’s battles. It starts with the story of Exodus when God’s judgment of Pharaoh ended with the obliteration of the Egyptian army. In Deuteronomy 20, God sent the Israelites into war with the Amorites saying, “For the Lord your God is the one who goes with you to fight for you against your enemies to give you victory” [Deut. 20:4]. Subsequent wars included Joshua’s conquest of the land of Israel and David’s war to expand the borders of Israel. Christian Zionists also argue that Israel’s military wins in 1948 and 1967 against those who sought their destruction were signs of God’s continued fidelity to the Jewish people.

God has often chosen to deal with nations in terms of their wickedness, using war as an instrument of divine correction. That being the case, the Hebrew people were not immune to military defeat. When the nation of Judah rebelled against God, prophets like Jeremiah warned them to repent or lose everything. Still, the Israelites ignored the prophecies and continued in disobedience. As a result, God allowed the Babylonians to destroy the temple, raze Jerusalem, and take the Jews into captivity.

Some Christians have a difficult time rectifying the God of the Old Testament and the words of Jesus. They believe a loving God would not condone war and therefore they reject the God of War in the Old Testament in favor of the Prince of Peace in the New Testament. Selective interpretation of God’s character is a dangerous game. A believer cannot throw out aspects of God because they are difficult to understand. The part of God that renders judgment and applies punishment does not tarnish God’s character or make Him any less loving.

To be sure, war is lamentable. The way of peace should always be sought by believers. God commands us in His word: “so far as it depends on you, be at peace with all men” [Rom. 12:18]. But as long as we live in a profaned world and peace does not always depend on us, war will be a part of our existence. In some cases, peace can only be achieved through conflict. As Solomon said: There is “a time to love and a time to hate; a time for war and a time for peace” [Eccles. 3:8].

In the second century, the heretic Marcion tried to purge Christianity of a belief in the Hebrew God. Marcion believed that the wrathful and jealous God of the Old Testament embodied evil. He taught that the Hebrew God had nothing to do with Jesus because Jesus was sent to Earth by a different and more benevolent God. Marcion rejected the Old Testament completely and canonized only those parts of the New Testament that taught peace and love.

No one is suggesting that all anti-Zionist Christians share the heretical views of Marcion. Nevertheless, many Christians today misunderstand the aforementioned Scriptures concerning a biblical view of peace and war. Some go so far as to conveniently overlook or even manipulate these Scriptures in order to promote a different image of God that suits their worldview. While Christians against Israel create a new theology of peace to promote their anti-war and pro-Palestinian positions, they strip down God’s character. In their teaching, God becomes a deity that stands for love and compassion, but nothing more.

As we see from the Scripture, it is not a contradiction to say that God loves peace but battles unrighteousness. God is a God of peace. But we must also not forget the Scripture that reads, “The Lord is a warrior” [Exod. 15:3]. Until the lion lies down with the lamb, Israel does not have the luxury of hammering its swords into plowshares.