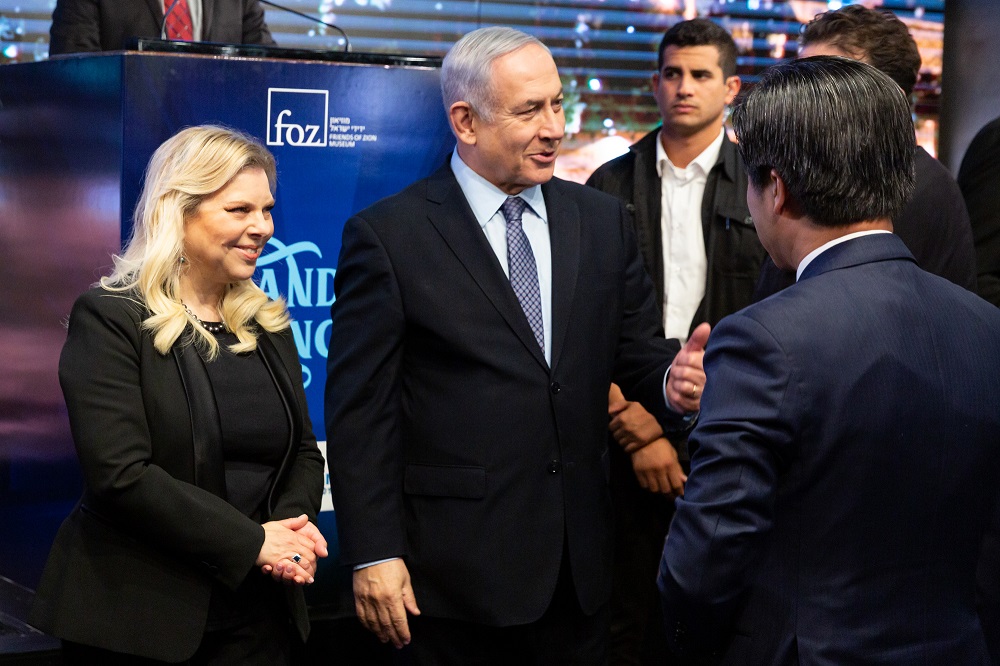 The first week in November, I had the privilege of attending the Christian Media Summit in Jerusalem. Sponsored by Israel’s Government Press Office, this event has been going on annually for the last 3 years. The goal of the summit is to spread greater accuracy on reporting on Israel, which is not something that the Israeli GPO takes for granted. The organizers of the summit have achieved the highest standard and the schedule of events and speakers only gets more impressive every year.

This year there were 150 participants from 30 countries. The participants came from all areas of “media,” including radio, television, podcasts, and traditional news. In addition to the Christian media veterans—like Earl Cox and Chris Mitchell—they brought in 20 handpicked Christian college students from all over the world who are finishing their degrees in some form of journalism and communications.

The four-day summit was jam packed with panels, day trips, tours and special speakers. At the kickoff event, on a Sunday night, 200 members of media gathered at the new Friends of Zion museum where Prime Minister Netanyahu, Ambassador David Friedman, and Jerusalem Mayor Moshe Lion addressed the group and took questions. At last year’s summit, Netanyahu stated that Israel has no greater friends in the world than Christian Zionists. This year, under political duress, he reminded everyone in attendance that if he remains Prime Minister Jerusalem will never be divided.

The next day we heard from Reuven Azar, the Prime Minister’s foreign policy advisor, about the key role that Israel should play in a Middle East that seems to be changing on an hourly basis. We heard next from author Einat Wilf about the Palestinian claim to a “right of return” and how this has been morphed into a “war of return.” A dynamic panel talked to the group about ways that they have had success in confronting the BDS movement and exposing its ties to terrorism. A Palestinian human rights activist even spoke about the example of Soda Stream. BDS pressured Soda Stream to move its industrial complex out of the West Bank and in turn 500 Palestinians lost their jobs, many of whom have still not been able to find work. That night we got on a bus and went to the Shalva Center. Many of you have probably heard of the Shalva Band, a YouTube sensation. The Shalva Center is a world class center that provides transformative care and empowerment to children with disabilities. The story of the center’s humble start from a few kids to what it is today had me in tears. When the Shalva Band ended the evening with a special performance, we were overcome by their infectious joy. Our participants got up and spontaneously danced around the room and on stage.

Our Tuesday started at 5:30 am on a bus to the Golan Heights. After stopping at the Mount of Beatitudes for prayer, we went on to the Valley of Tears, one of the most important battle sites in the 1973 war. Lt. Col. Jonathan Conricus briefed the group about the situation on Israel’s northern front today and what Israel is doing to protect itself from the Hizballah threat and Iranian influence. We also visited the Trump Heights village in Golan Heights and participated in a special proclamation ceremony. After a pastor, rabbi, and Druze leader prayed for the protection and future of the Golan, we all signed a special note of recognition of Israeli sovereignty over the Golan and prayed communally for the area to flourish. We topped of the evening with a special dinner with IDF soldiers stationed in the Golan.

The last day of the summit we went to President Reuven Rivlin’s home. If you are paying attention to the post-election day fiasco in Israel, you know that President Rivlin’s role has gone from largely ceremonial to incredibly critical. He was gracious to carve out time to spend with our group in between meetings as he tries to keep Israel from having to go to its third election this year.

I came home with a full heart and a renewed strength to continue working here in the U.S. to advocate for Israel’s interests and the protection of the Jewish people. I feel armed with new understanding and information about how we can fight anti-Semitism and the BDS movement. While it was wonderful spend a few intensive days with other like minds in this battle, I know that normally Israel is not surrounded by friends in the press. We are the minority in this vocation, but we will press on in making a big noise.