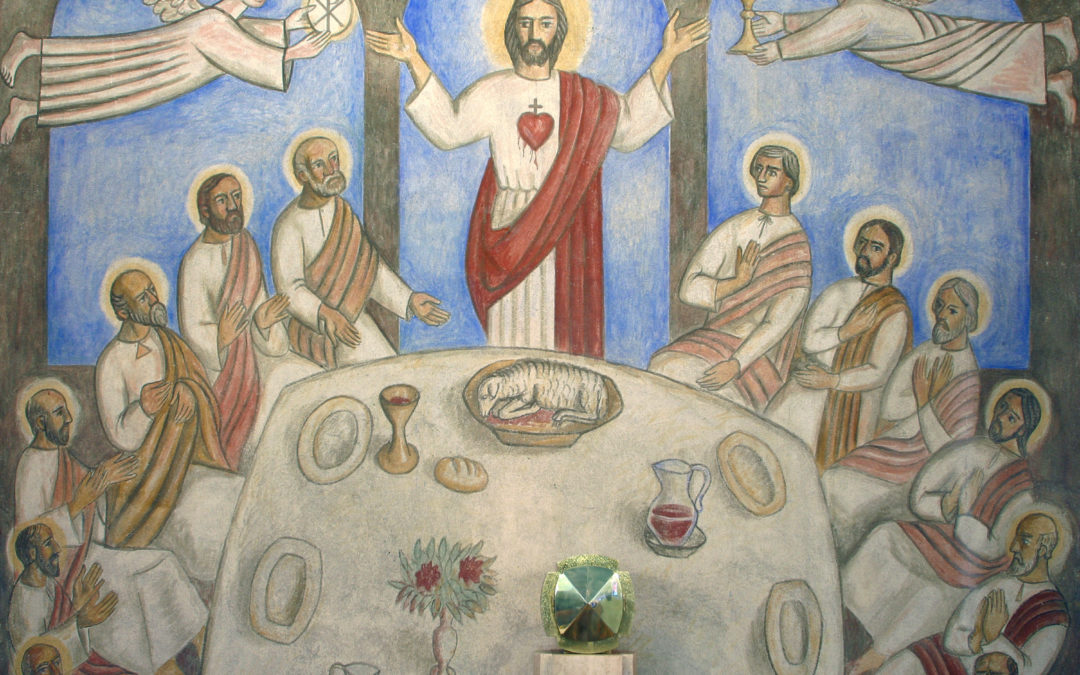 In Exodus 13, the Bible presents a holy script for the holiday of Passover. Essentially, God designed a ritual which makes certain that the Jews institute the Exodus in their collective memory. Their Egypt experience binds them as a people who share a history of oppression but also one where they are commanded to remember God’s signs and wonders and his outstretched arm.

In this sense, the Passover Seder is an explicitly Jewish observance. It is arguably quintessential to the Jewish faith. According to Israeli statistics, 82% percent of Israelis conduct a Seder every year and 70% of Jewish Americans do. This makes Passover the most commonly observed feast on the Jewish calendar, even more than Yom Kippur or Sukkot.

So, why are more and more Christians starting to observe some kind of Passover diner?

The first and most obvious answer to that question is Jesus did it. The Last Supper was the disciples meeting to observe the Passover with wine, matzah, and herbs. When Jesus commands his followers to eat this bread, and drink this cup in remembrance of me. He is referring to moments of ritual in the Passover diner and holding up the Passover elements of wine and matzah. In my opinion, there is no richer and more authentic way to take communion than in the context of a Passover Seder.

Once in Israel, my husband and I were having a Seder dinner with our orthodox Jewish neighbors. When the father of the house, our friend, go to the last cup of wine, he looked over to us and said, “I bet you are thinking about Jesus during this part.” From that goosebumps kind of moment on, we have held our own Seder dinners in our home every Passover.

The essence of the Passover dinner for both Jews and Christians is to celebrate God’s perfect plan of redemption. God’s pattern of calling for substitutionary sacrifice started with Abraham and Isaac on Mount Moriah and it climaxed on that night in Egypt when the Israelite firstborns were consecrated instead of killed. For Christians, Jesus’s death was the final act of substitutionary sacrifice but his death meant nothing without these prior moments where God communicated the theology of redemption. So as Christians, when we observe Passover, we are not only continuing the example of Jesus and the last supper, we are following a prophetic thread from Genesis to the gospels. It is also not my intention to take something Jewish and Christianize it. I try to always make that clear to Jewish friends. When we observe the miracles of the Exodus and relive God’s acts of deliverance for the Israelites, we are also allying with them and I hope partnering with Jews in the commitment to continue fighting for the freedom of the oppressed in today’s world.

This year, Passover Seder occurs on the eve of Resurrection Sunday. I can’t imagine a holier week and a better way to celebrate freedom over tyranny, life over death, and joy over mourning.

I close with a passage from Galations 4: Because you are the sons of God, He has sent the Spirit of His Son into our hearts. The Spirit cries, “Father!” So now you are no longer a servant who is owned by someone. You are a son. If you are a son, then you will receive what God has promised through Christ.