The Scapegoat and Atonement 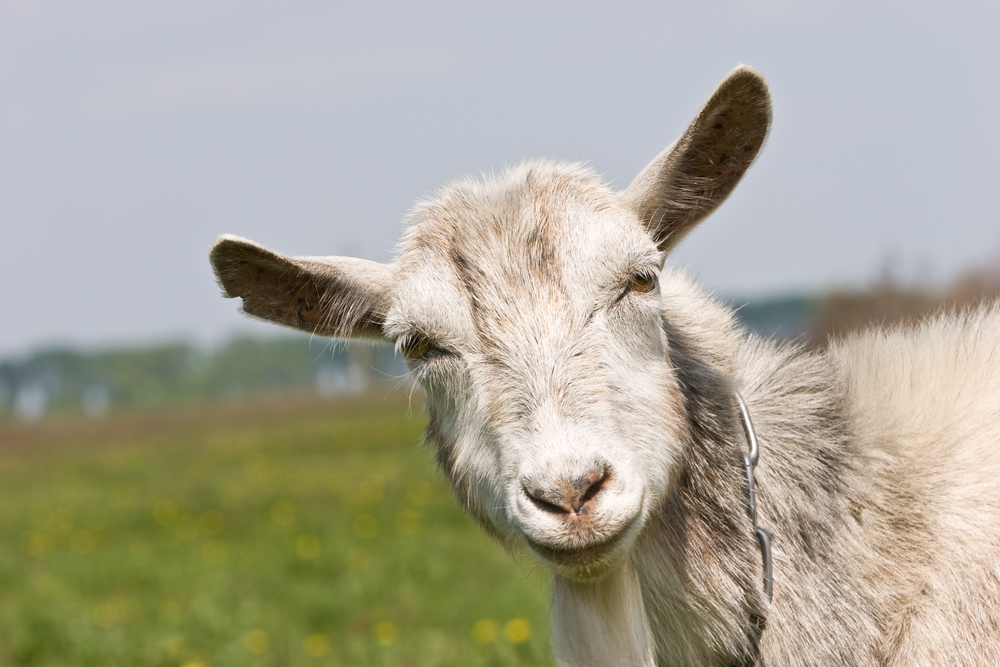 In 69 CE, Roman legions circled the walls of Jerusalem, poised to attack. Nervous Jewish factions fought among each other, clashing over the best way to prevent a violent end to their four-year rebellion. Amidst the turmoil, the holiest day of the Jewish calendar approached, Yom Kippur. On this day, nothing was more important for the white-robed High Priest than flawlessly following the liturgy for the Sabbath of the Sabbaths. The strict emphasis on the ceremonial details is reflected in Jewish oral tradition: “Every act of Yom Kippur is done in order; an act done out of order is invalid” (Mishnah 5:7). The stakes were high: the fifteen animal sacrifices, performed throughout the day, made atonement for all of Israel.

The day’s sanctity required a unique, and admittedly mysterious, order of service involving two goats. We know much about the Azazel Goat ceremony because of the biblical requirements carefully outlined in Leviticus 16. Other post-biblical traditions rose up around Yom Kippur over the centuries and were codified in rabbinic and historical texts. One geographic aspect of the two-goat ceremony, however, has been lost to history.

Leviticus instructs that on Yom Kippur, also called the Day of Atonement, Aaron the High Priest was to ritually bathe and dress in his priestly linen garments. Next, he sacrificed a young bullock as a sin offering for himself and his household. Aaron then brought two goats—similar in size and appearance—to the entrance of the Tabernacle. Lots were cast to determine the fate of each goat. One lot was inscribed “to Yahweh” and the other said “to Azazel.” When the priest pronounced the hallowed name, nearby worshipers bowed to the ground and responded: “Blessed be the Name; the glory of His kingdom is forever and ever.” The goat designated “to Yahweh” was slain, while the Azazel goat was escorted into the wilderness and released. We get the English word “scapegoat” from a basic misunderstanding of this goat’s purpose and fate.

On every other day of sacrifice, the priest confessed the sins of the people over the animal to be placed on the altar. On Yom Kippur, however, the goat designated for Yahweh was sacrificed without the confession ritual. Instead, Aaron laid both hands on the live goat’s head and declared the sins of the nation. Concurrently, the dispatched goat was led by someone “appointed to the task” to a remote place in the wilderness. Little else is known about the Yom Kippur Tabernacle ritual. The difficult-to-interpret word Azazel is only used in this section of Leviticus and nowhere else in the entire Bible. Many Hebrew scholars contend that the word derives from a Hebrew verb “azal” which means “to go away.” The rarity of the word was in some traditions interpreted as a proper name. The ancient book of Enoch, for example, refers to a fallen angel named Azazel who is blamed for the proliferation of weapons.

The collection of Jewish oral traditions, known as the Mishnah, provides additional insight into the details of the Yom Kippur service from the Second Temple period. The Yom Kippur goats were sold on the same day for the same price at the eastern gate of the Temple. The lots described in Leviticus were pulled out of an urn. The high priest prepared the goat assigned to Yahweh to be ritually sacrificed on the Temple altar. A piece of scarlet thread was tied around the goat’s neck. The veil to the Holy of Holies was pulled back and the high priest entered the sanctuary alone. He carried a bowl of the goat’s blood and sprinkled it along the edge of the curtain and on the altar of incense. This was the only day of the year that the high priest was admitted into the Holy of Holies.

For the Azazel goat, the priest tied a scarlet thread around its horns. While the multitude watched, the high priest placed his hands on the live goat, repeated the holy name of God, and imparted Judah’s iniquity onto the goat on behalf of the people. The congregants petitioned God with their own prayers. A person specially appointed for the task escorted the goat out of Jerusalem, through the eastern gate and toward the Mount of Olives. Ten stations were set up along the way, marking the path for the escort and goat. Accompanied by Jerusalem notables, the escort was offered food at each station, but he ceremonially turned down replenishment.

Once the priest reached a certain destination at a high cliff in the Judean wilderness, a portion of the scarlet thread was removed and tied to a nearby rock. The sin-burdened goat was pushed off a precipice to its death. A series of waving flags telegraphed the completion of the task back to the priests waiting in the Temple. The witnesses anxiously awaited a report from the priest who inspected the thread. If the thread turned white, the thread symbolized the forgiveness of their sins. If the thread remained scarlet, it meant God had withheld his atonement. The tradition is connected to scriptural imagery of sins being washed away, like in Psalms 51 and the Isaiah prophecy: “Though your sins are like scarlet, they shall be as white as snow; though they are red as crimson, they shall be like wool.” For a period in Israel’s Second Temple history, when the Temple priest was well known for his righteousness, the Talmud reports that the thread always turned white. But for the last forty years of the Temple’s existence, the thread each year remained scarlet. The Temple was destroyed and the Yom Kippur rites as delineated in the Bible ended.

While Jerusalem was center stage for the ceremonial drama, the day’s events also featured a side stage, somewhere in the Judean wilderness. But where exactly?

Though rabbinic sources provide details for the order of the expiatory service, the exact destination of the Azazel goat is long forgotten. What we do know, according to the Mishnah, is that the goat had to be escorted five sabbath’s days’ journey (approximately twelve miles) outside of Jerusalem to the wilderness of “Tsuk.” Talmudists describe it as a “rough and rocky place.” The escort walked with the leashed goat across the Kidron Valley and continued to the east to a predetermined cliff in the Judean wilderness where the goat was pushed into a ravine.

The Mishnah’s reference to the desert of Tsuk is not found in biblical sources. The only other source that uses the place name Tsuk is the Copper Scroll, an ancient treasure map inscribed on copper and found in a cave near Qumran with other Dead Sea Scrolls. It cites Tsuk twice for two different burial locations. In both cases, the location is described as “the mouth of the Tsuk.”

According to Jim Barfield, an Oklahoma arson investigator

Was Qumran the ultimate destination for the Azazel goat? Were the Essenes, the presumed inhabitants of the compound, the witnesses to the culminating rite for the Yom Kippur ceremony? The suggestion is certainly tantalizing.

The high priest in 70 CE had no idea that, in short order, the Temple would be up in flames. Being a priest and not a prophet, he did not know he was the last to officiate the divine ordinances on Yom Kippur. He could not have fathomed how Judaism would have to forever redefine the sacred day’s rituals. With no Temple, Jewish focus would shift to rigorous fasting, prayer, and synagogue services.

As a Christian, I believe that Jesus’ death and resurrection provide the means for my atonement. I know that because of the language and ideas set forth in the Jewish rituals and the Hebrew Bible. Without the Levitical explanations of Yom Kippur, and the Jewish teachings of substitutionary sacrifice as a means of communion with God, I would have no context for the salvific qualities of Christ’s shed blood. In case the Messianic overtones of the Yom Kippur service were lost on Gentile believers, the writer of Hebrews spelled it out. Describing the animal sacrifices conducted in the Tabernacle, Hebrews states, “the law requires that nearly everything be cleansed with blood, and without the shedding of blood there is no forgiveness.” Hebrews concludes that if the blood of goats and bulls sanctified the children of Israel year after year, “How much more, then, will the blood of Christ, who through the eternal Spirit offered himself unblemished to God, cleanse our consciences from acts that lead to death, so that we may serve the living God!”

The Azazel goat, without blemish of its own, was a tool of annual intercession that allowed for the symbolic removal of sin to rejoin God to his people. The High Priest, on the eve of the Temple’s destruction, performed the last official sacrifice on the Temple Mount. For Christians, the final atoning sacrifice happened forty years earlier when the death and resurrection of the Lamb of God took away the sins of the world. That is the ultimate promise of Yom Kippur.